How Can We Eliminate Gender Bias in Health Care?

No one enters the health care profession because they want to discriminate against their patients. You don’t sacrifice years of time and energy, tears and sweat, just to indulge your biases and serve your stereotypes.

But the simple truth is that health care providers aren’t just healers, they’re human. And that makes them every bit as vulnerable to unconscious bias in their practice. This shapes not only caregivers’ relationships with their patients, but it also threatens to severely undermine equity and quality of care.

This article examines gender bias in health care and discusses strategies for preventing it.

What Is It and Why Does It Matter?

Gender bias in health care is, of course, nothing new. For centuries, women’s health care was far different — and often far inferior — than that given to men. This was often driven by sometimes breathtaking misconceptions (and stereotypes) about women and women’s bodies, such as the infamous diagnosis of the “wandering womb” and of various forms of “hysteria” and nervous exhaustion that for so long were blamed for nearly every symptom a woman might experience.

To be sure, we’ve come a long way since those days, but we’ve still not come far enough. There’s increasing evidence that gender bias continues to impact most every domain of health care, from patient diagnosis and treatment to the training, hiring, and promotion of female health care providers.

For example, a recent study from the National Institutes of Health (NIH) found that male patients receive appropriate care 85% of the time, compared with 82% for women. This may seem like a relatively small difference, but it is one that can — and has — claimed untold numbers of lives.

This is especially true when it comes to issues such as the early detection and effective treatment of heart disease. Although cardiovascular disease is the number one killer of women, just as it is for men, the research shows that care providers are still notoriously slow to recognize the signs of heart disease in women.

For women of color, the problem is especially significant. For instance, a recent COVID-19 survivor, Karla Montessero, describes how unconscious biases nearly cost her her life. Despite the fact that Montessero had recently traveled, despite the prevalence of the virus that was already sweeping across the US, and despite the symptoms that should have set off a symphony of alarm bells, Montessero was repeatedly dismissed by the emergency care team at Alameda Hospital in California. Her concerns were downplayed and discounted — the result of panic and fear, of a Black woman’s overwrought emotions, rather than being recognized as a respected patient’s accurate reporting of her symptoms.

A Lack of Knowledge

It’s not only unconscious gender bias, however, that leads to the inaccurate or delayed diagnosis of women. Historically, women have been grossly underrepresented in medical research. Clinical trials on disease and disease treatment have traditionally excluded or limited the number of women included in them. This was particularly true for women of childbearing age, as researchers feared potential risks to fetuses in the case of unexpected pregnancy.

What this means, ultimately, is that this lack of data is hurting women and claiming women’s lives simply because clinicians do not understand how disease may manifest or progress differently in women than in men. Women, for example, typically do not experience the tell-tale signs of heart attack that men do. Rather, their signs are often far more subtle and systemic, making it far easier for clinicians to miss, or dismiss, them unless they know precisely what to look for.

What Is to Be Done

As persistent and pervasive as bias in the health care system may be, the situation is not hopeless. There are proactive measures that can be taken to reverse this trend.

One of the most important, perhaps, is to promote equity in hiring and promotion practices. Despite the heavy presence of women in nursing, the fact remains that men disproportionately occupy leadership positions in the health care industry. Increasing the number of women at the highest levels of the health system will offer an essential depth of experience and understanding of women’s unique health care needs.

It is also essential that reforms and regulations be introduced to eliminate the marked cost inequities that female patients suffer. Studies show that women’s health care costs are significantly higher than those of men, even for the same or equivalent services. This isn’t just unfair, it’s also dangerous, a potential disincentive for women to seek care for concerning symptoms or to pursue routine and preventative health services.

It is also essential to revamp training and clinical practices to support more informed, gender-appropriate care. For example, studies suggest that gender biases have filtered even into the nursing education system, with scorers tending to grade female nursing students more generously than their male counterparts. And that bias can all too easily lead to a compromising of the quality of female students’ education.

In addition to ensuring gender equity in education, it is also imperative that students and clinicians alike be trained in practical strategies to recognize and eliminate gender bias in patient care. This would include strategies such as checklists, the use of open-ended questions in patient interviews, and the inclusion of more female practitioners.

Health care providers are society’s true heroes, but they’re not perfect. Unconscious gender bias does exist, but that does not mean clinicians, or their patients, are hopeless. There are strategies that can be taken to optimize the quality of care for female patients. These include promoting gender diversity in health leadership, increasing the representation of women in medical research, and training practitioners to recognize and eliminate their own biases. 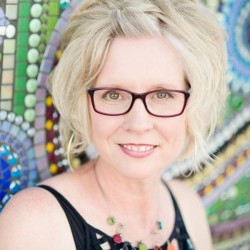